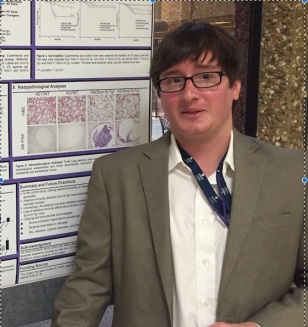 Brandon joined the lab in January 2015 as a rotation student. Brandon’s conduced his research on early immune responses in muco-obstructive lung diseases such as Cystic Fibrosis. Brandon graduate in 2019. Currently he is a postdoctoral fellow at the Nationwide Children’s Hospital.